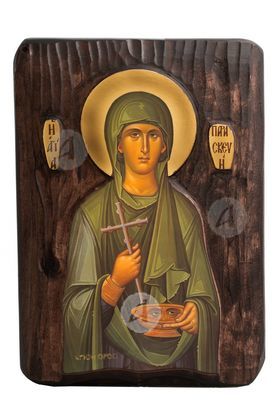 Saint Paraskevi was born in Rome and lived in the first half of the 2nd century AD. She got her name from her Christian parents, Agathon and Politia, because she was born on a Friday. The Saint was raised according to the requirements of Christianity and when she was orphaned, she distributed all her wealth to the poor. She became a nun and preached the Word of God in Rome and the surrounding areas.

Paraskevi was arrested for her actions by Emperor Antoninus and suffered horrific torture. The Saint remained steadfast in her faith in God and patiently endured her torments. Then the emperor ordered to put her in a boiler with hot oil and tar. The Saint, however, remained intact and Antoninus was blinded as soon as he approached his face near the incandescent boiler. The Saint healed the emperor in a miraculous way, as a result of which he also embraced Christianity.

The Saint continued to preach the Word of God and arrived in Greece. In Tempi of Thessaly, she was martyred by beheading by a pagan ruler. The Orthodox Christian Church commemorates her on July 26 of each year. Saint Paraskevi the Virgin Martyr and Athlete is the patron saint of Komotini, Chalkida and Lavrio and the protector of the eyes.

Apolytikion of Saint Paraskeve the Martyr

Appropriate to your calling, O Champion Paraskevi, you worshipped with the readiness your name bears. For an abode you obtained faith, which is your namesake. Wherefore, you pour forth healing and intercede for our souls. 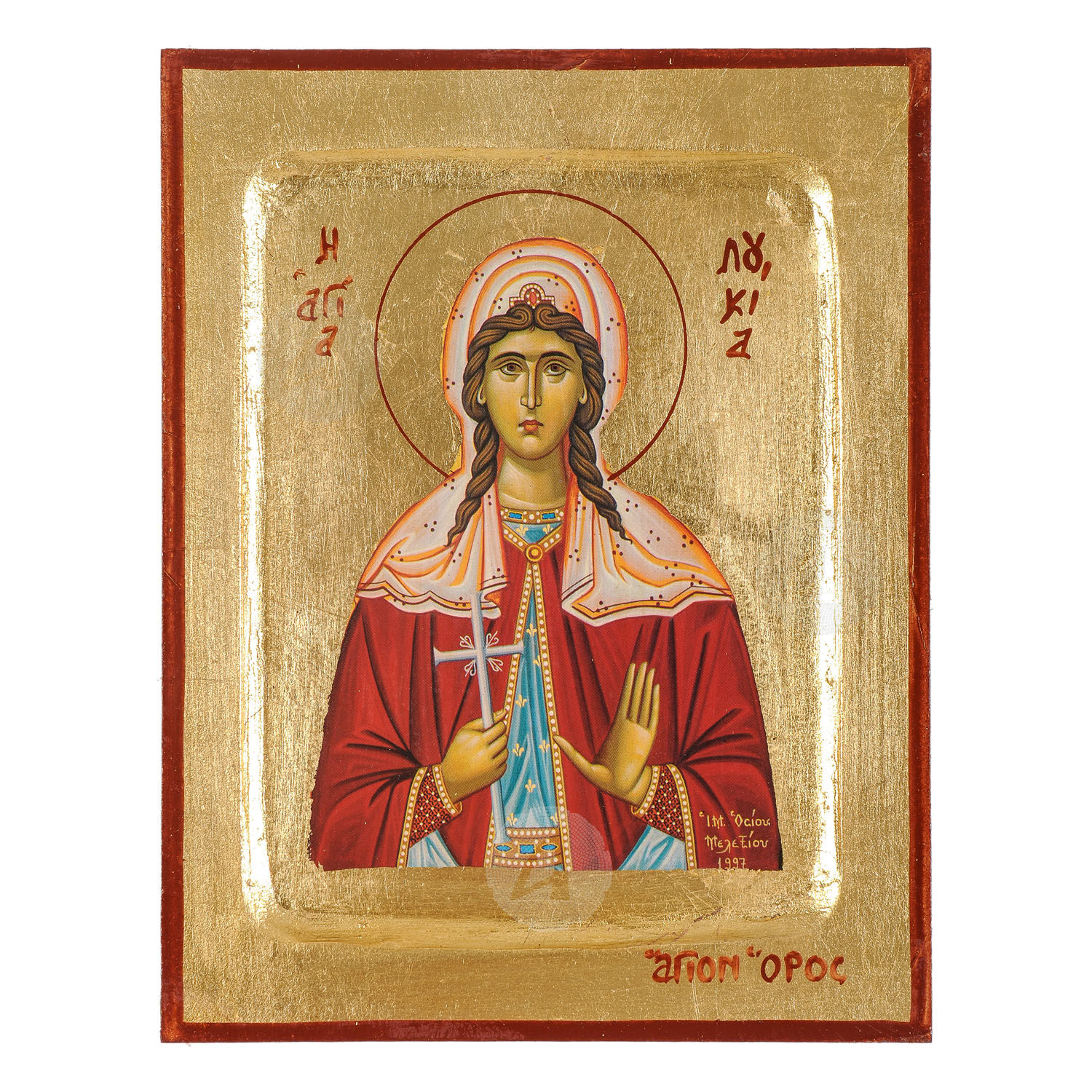