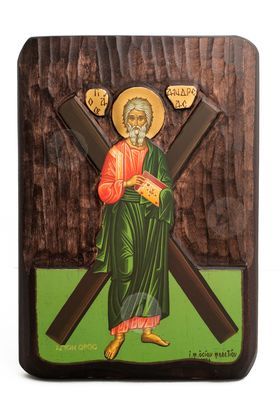 Lithography (icon) of Saint Andrew the Apostle on natural wood carved by hand.