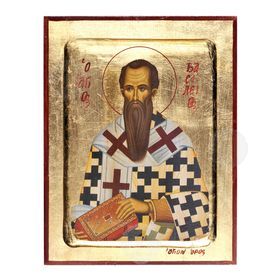 Lithography (icon) of Saint Basil the Great, Archbishop of Caesarea, with real gold leaf in MDF.

Saint Basil the Great was born in Caesarea of Cappadocia in 330 AD. His parents were Basil and Emily. Emily took care to raise him according to the principles of Christianity. His brother was the great theologian Gregory of Nyssa and his sister was Saint Macrina. In 351 AD went to Athens where he studied rhetoric, astronomy, medicine and other sciences. There he met the later emperor of Byzantium Julian and Gregory of Nazianzus with whom he became close friends.

When he finished his studies, Basil returned to Caesarea and later went to Pontus where he practiced asceticism in the desert for 5 years. When the bishop of Caesarea Eusebius passed away, the Saint succeeded him to the episcopal throne where he remained for 9 years. Basil as a bishop founded many charitable institutions and left a legacy of great spiritual and social work. He was a prolific writer and a leading theologian. He is one of the Fathers of the Church and one of the Three Hierarchs.

Saint Basil was an opponent of Arianism and vigorously defended Orthodoxy. He passed away on January 1, 379 AD. at the age of 49 years. The Holy Skull of the Saint is located in the Monastery of the Great Lavra of Mount Athos. The Orthodox Christian Church commemorates him on January 1 of each year.

Apolytikion of Saint Basil the Great

Your voice resounded throughout the world that received your word by which, in godly manner, you taught dogma, clarified the nature of beings, and set in order the character of people. Venerable father, Royal Priesthood, intercede to Christ God to grant us great mercy. 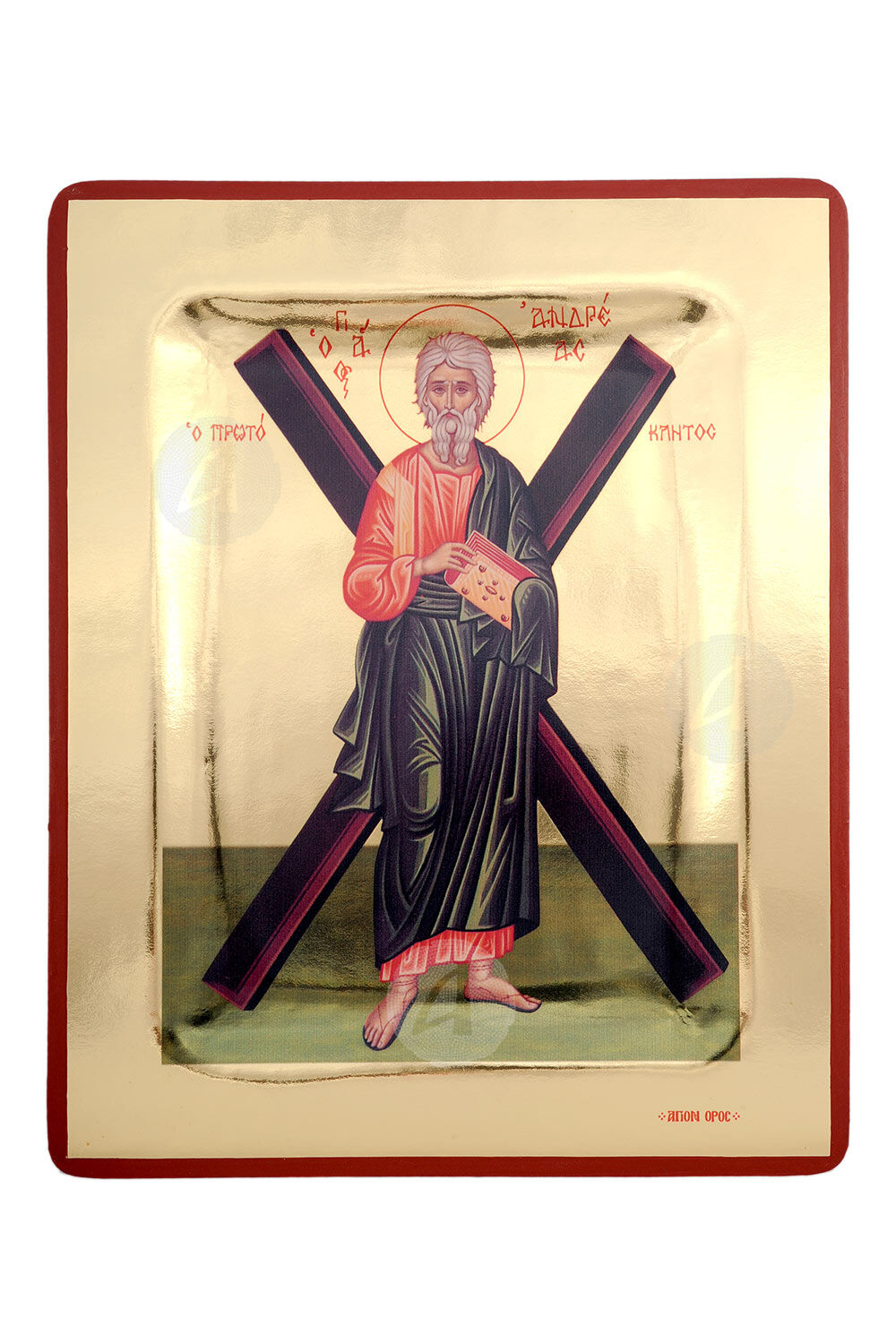 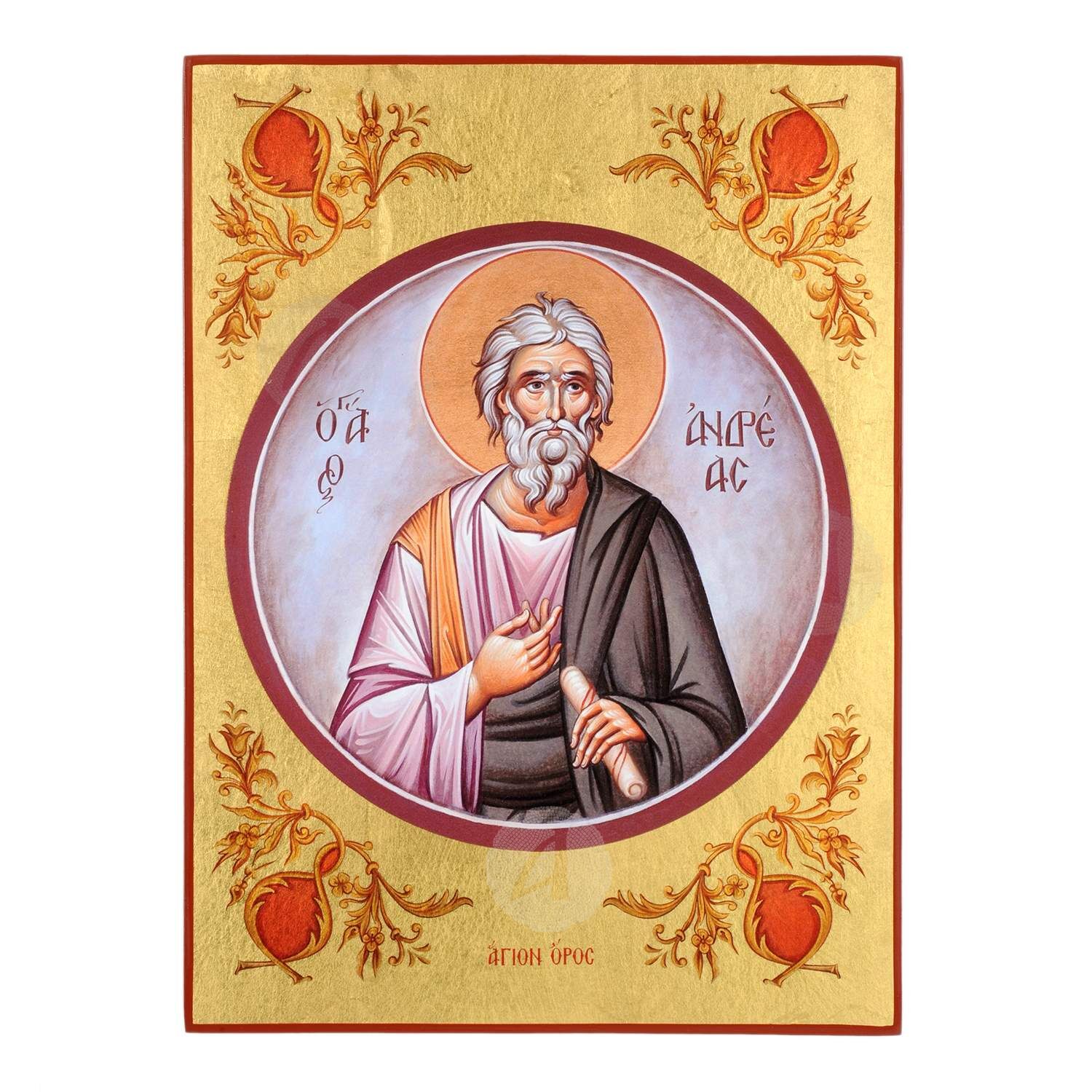