Lithography (icon) of the Prophet Ezekiel with real gold leaf in MDF.

The prophet Ezekiel was born in Judea in 620 BC. and was one of the four great prophets of the Old Testament. He was born from a priestly family and was a descendant of Sadok. After the first conquest of Jerusalem by Nebuchadnezzar, he was taken captive to Babylon, where he was called to the prophetic office, which he held for twenty-two whole years. He was a fierce opponent of paganism and he prophesied the destruction of Jerusalem and the resurrection of the dead.

According to tradition, Ezekiel was killed by the tribe of Gad and buried in Baghdad, Iraq. His name means "God is mighty" or "He whom God strengthens". The Orthodox Christian Church honors the memory of the Saint on July 23 of each year. 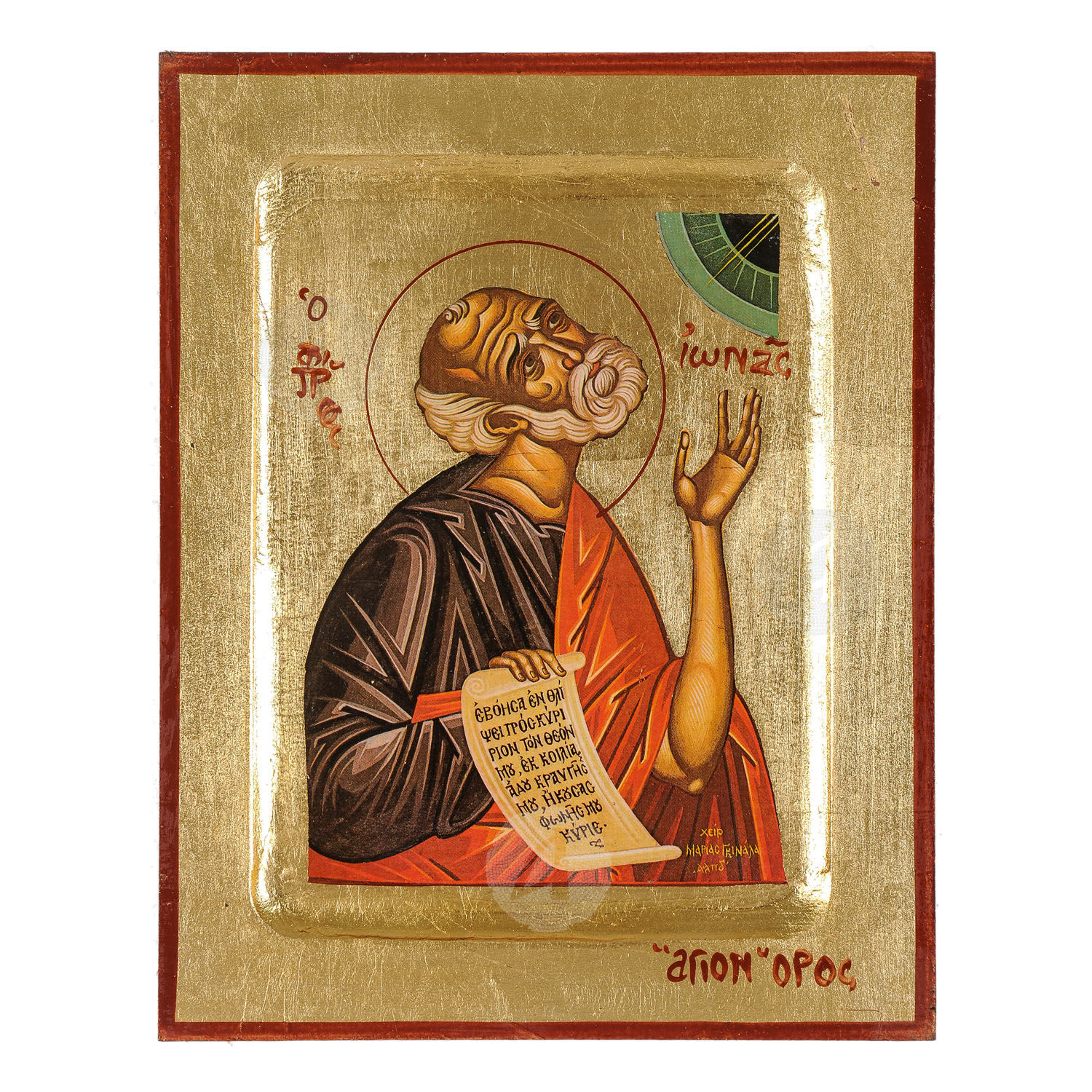