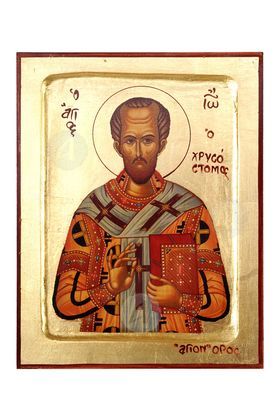 Saint John Chrysostom was born in Antioch in 344 AD. His parents were Sekoundos and Anthousa. He studied at the famous Lebanese school of rhetoric and then studied law, a profession which he practiced for a short time. After his studies he practiced asceticism in a cave for six whole years, where he ate little and studied incessantly. In 381 AD He returned to his hometown, where he was ordained an elder and developed a great work, as a result of which he was elected Archbishop of Constantinople. From the position of Archbishop he fought with passion for the consolidation of the Church and condemned the arbitrariness of politicians and clergy. In fact, he did not hesitate to sharply criticize the empress Eudoxia, as a result of which he was exiled and died of hardships in Comana of Cappadocia, in 407 AD.

John was a prominent figure in Christianity, an Ecumenical Master and one of the Three Hierarchs. He was distinguished for his philanthropic, pastoral and literary work. Because of the beauty of his speeches he was named Chrysostom. The Divine Liturgy that is celebrated every Sunday in the Churches is his most famous work. Fragments of the Holy Relic of the Saint are found in the Monasteries of Iveron, Mount Athos, Prousos in Evrytania and Kykkos in Cyprus. His memory is celebrated by the Orthodox Christian Church on November 13 of each year.

The grace of your words illuminated the universe like a shining beacon. It amassed treasures of munificence in the world. It demonstrated the greatness of humility, teaching us by your own words; therefore, O Father John Chrysostom, intercede to Christ the Logos for the salvation of our souls. 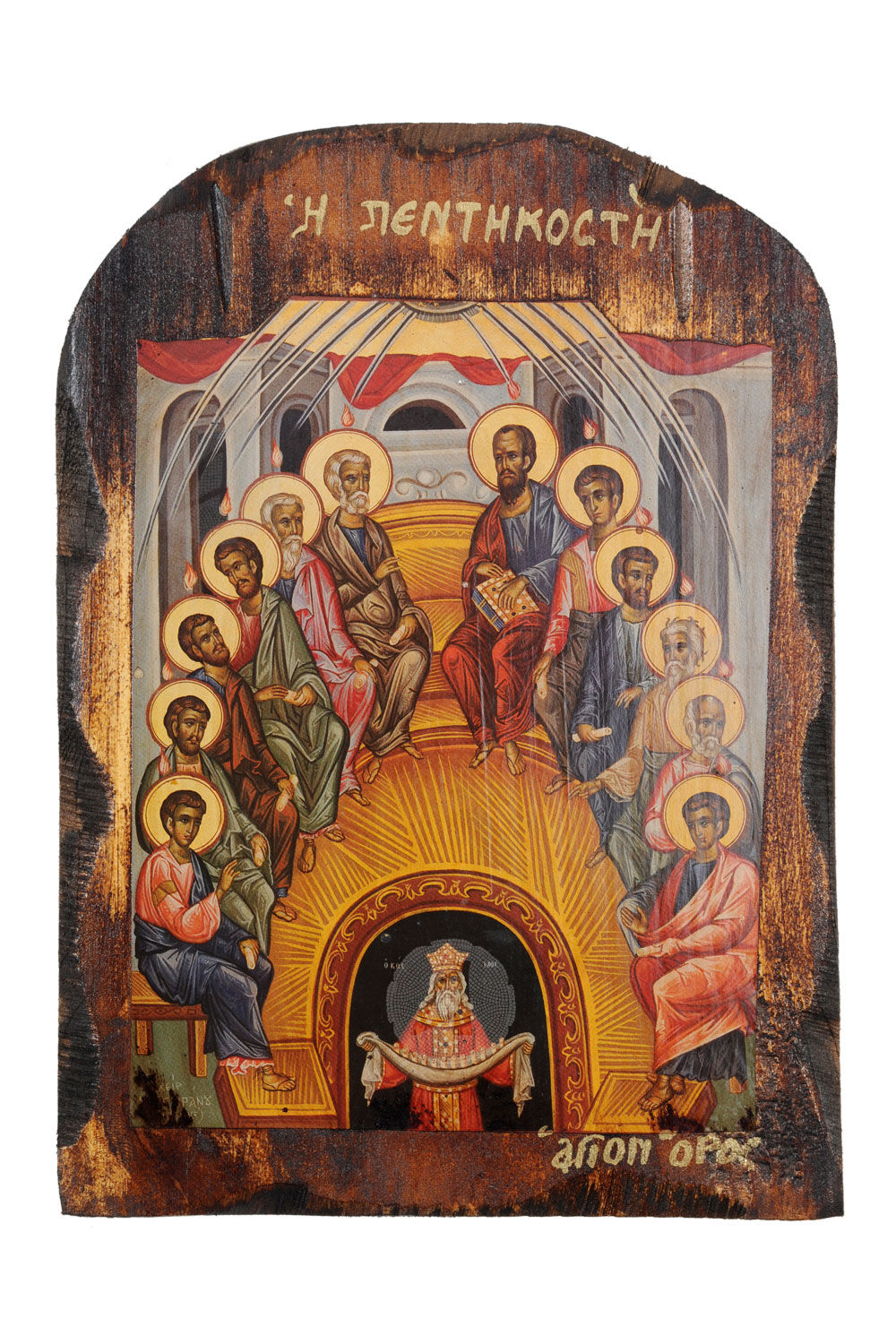