Lithography (icon) of Saint Nilus the Myrrhgusher with real gold leaf in MDF.

Saint Nilus or else Nikolaos Terzakis was born in Agios Petros Kynourias at the end of the 16th century. At a very young age he apprenticed with his uncle the monk Makarios and was ordained a deacon in the Holy Monastery of the Assumption of the Virgin. In 1601 AD He was ordained a monk named Nilus in the monastery of Panagia Malevi. His desire for ascetic life led him to Mount Athos where he practiced in the cave of Saint Peter the Athonite. 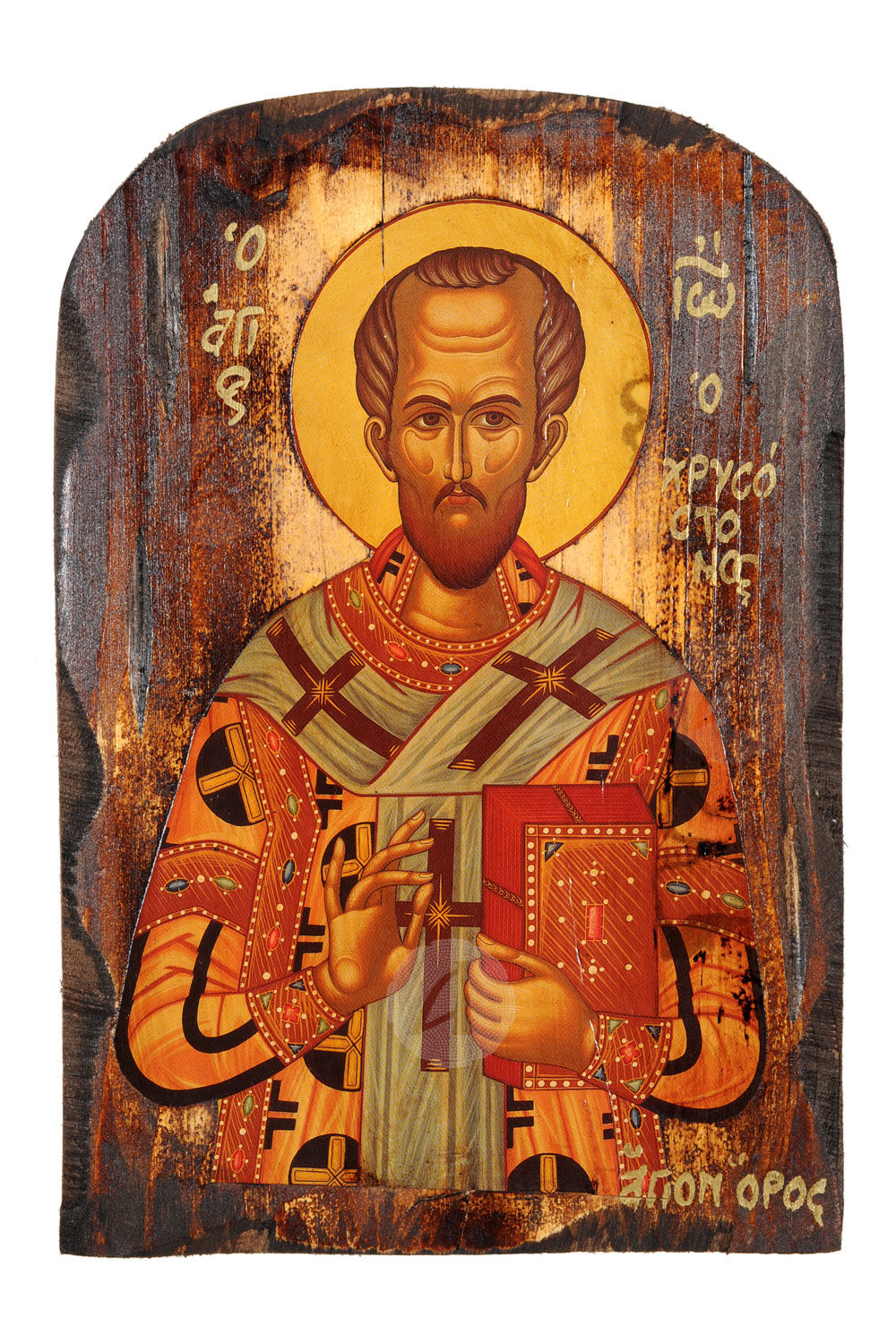