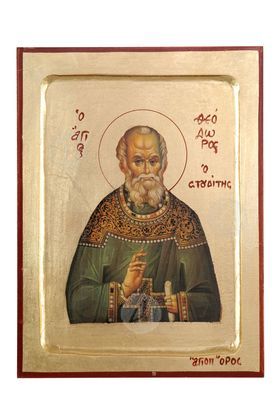 Lithography (icon) of Saint Theodore the Studite with real gold leaf in MDF.

Saint Theodore the Studite was born in Constantinople in 759 AD. from pious parents and received a rich education. At a very young age he renounced the worldly and became monk in a monastery in Bursa in Asia Minor. He was later ordained presbyter by Patriarch Tarasios and abbot of his monastery. Due to a dispute he had with the emperor Constantine VI, he was exiled to Thessaloniki and in the year 798 AD. returned to Vassilevousa where he became abbot of the Stoudios Monastery.

In 808 AD came into conflict with Patriarch Nikiforos and was exiled to Halki, as a result of which he stopped the great spiritual work offered by the famous Monastery of Stoudios. In 811 AD he returned from exile, but when Leo the Armenian, a great persecutor of icons, ascended the imperial throne, Theodore was exiled for the third time to Smyrna where he was imprisoned and tortured mercilessly. The Saint surrendered his soul to the Lord at the age of 67 during the reign of Emperor Michael II of Travlos.

Saint Theodore the Studite was one of the great confessors of Orthodoxy who acted in the difficult and turbulent period of the iconoclasm. He was distinguished for his great spiritual work and vigorously defended the icons and the institution of marriage, as a result of which he experienced persecution and exile. Fragment of the Holy Relic of the Saint is located in the Monastery of the Great Lavra of Mount Athos. His memory is commemorated on November 11 of each year.

Apolytikion of Saint Theodore the Studite

You are a guide of Orthodoxy, a teacher of piety and modesty, a luminary of the world, the God inspired pride of monastics. O wise Theodore, you have enlightened everyone by your teachings. You are the harp of the Spirit. Intercede to Christ our God for the salvation of our souls. 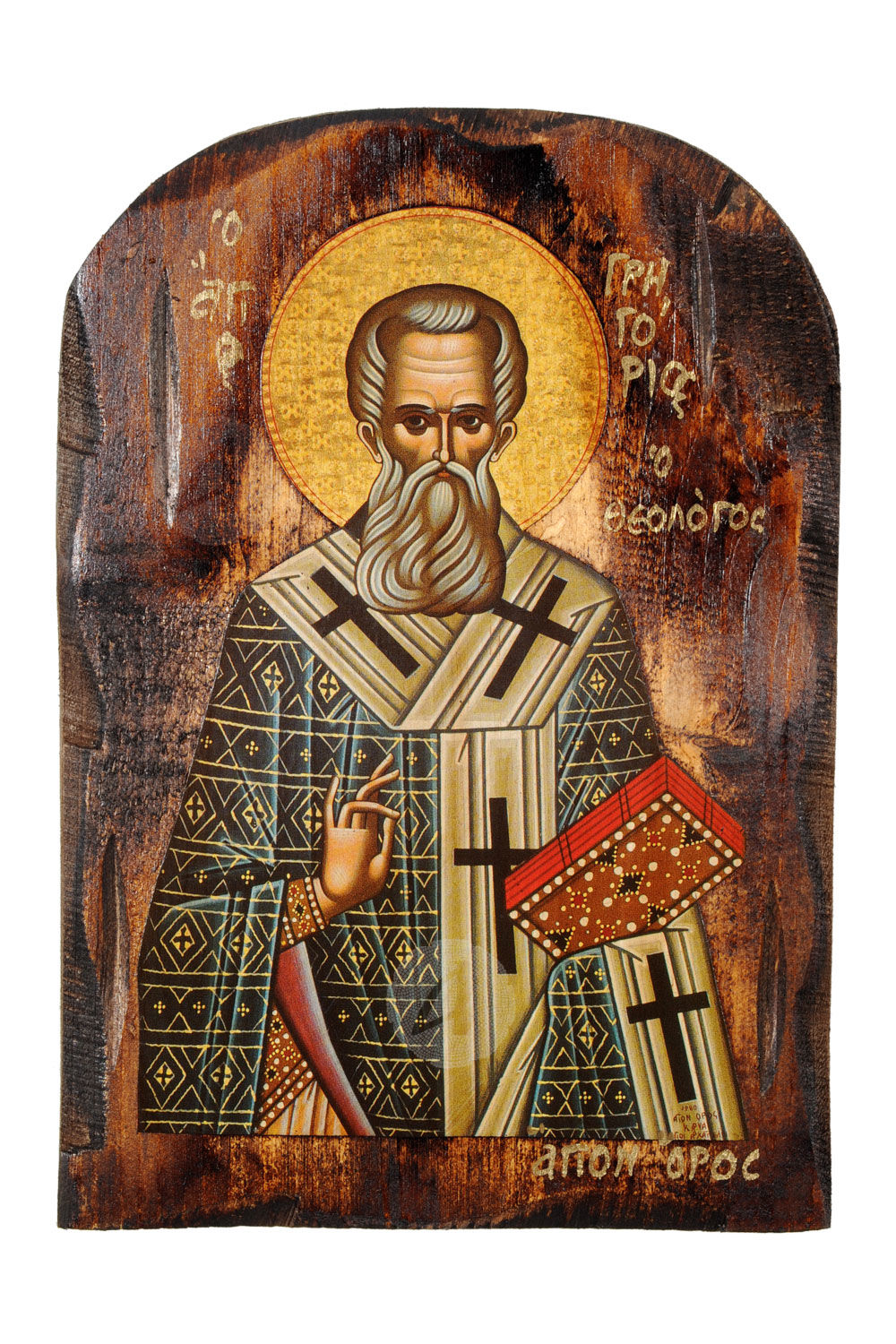