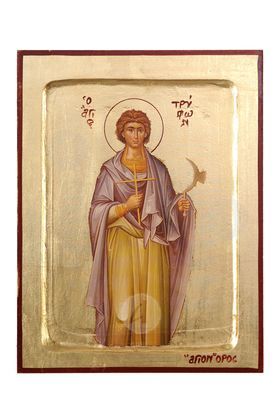 Lithography (icon) of Saint Tryphon the Martyr with real gold leaf in MDF.

Saint Tryphon was born in Lampsacus of Phrygia in Asia Minor from poor but pious parents. From a very young age he began to study the Word of God. As a result, the God gave him the power to heal the people and defeat Satan. His fame spread quickly and the emperor Gordian called him to heal his demon-possessed daughter, as he did. This miracle became the occasion for many pagans to embrace Christianity.

After Gordian's death, Decius ascended the imperial throne and began persecuting the Christians. The action of the Saint disturbed the pagan prefect of the region Aquilino who ordered his arrest. Tryphon suffered horrible tortures but remained steadfast in his faith. Finally, he surrendered his soul to the Lord in the year 250 AD. The Saint is the patron saint of viticulturists and farmers. The Skull of the Saint is located in the Monastery of Xenophontos at Mount Athos. His memory is honored by the Orthodox Christian Church on February 1 of each year.

Apolytikion of Saint Tryphon the Martyr 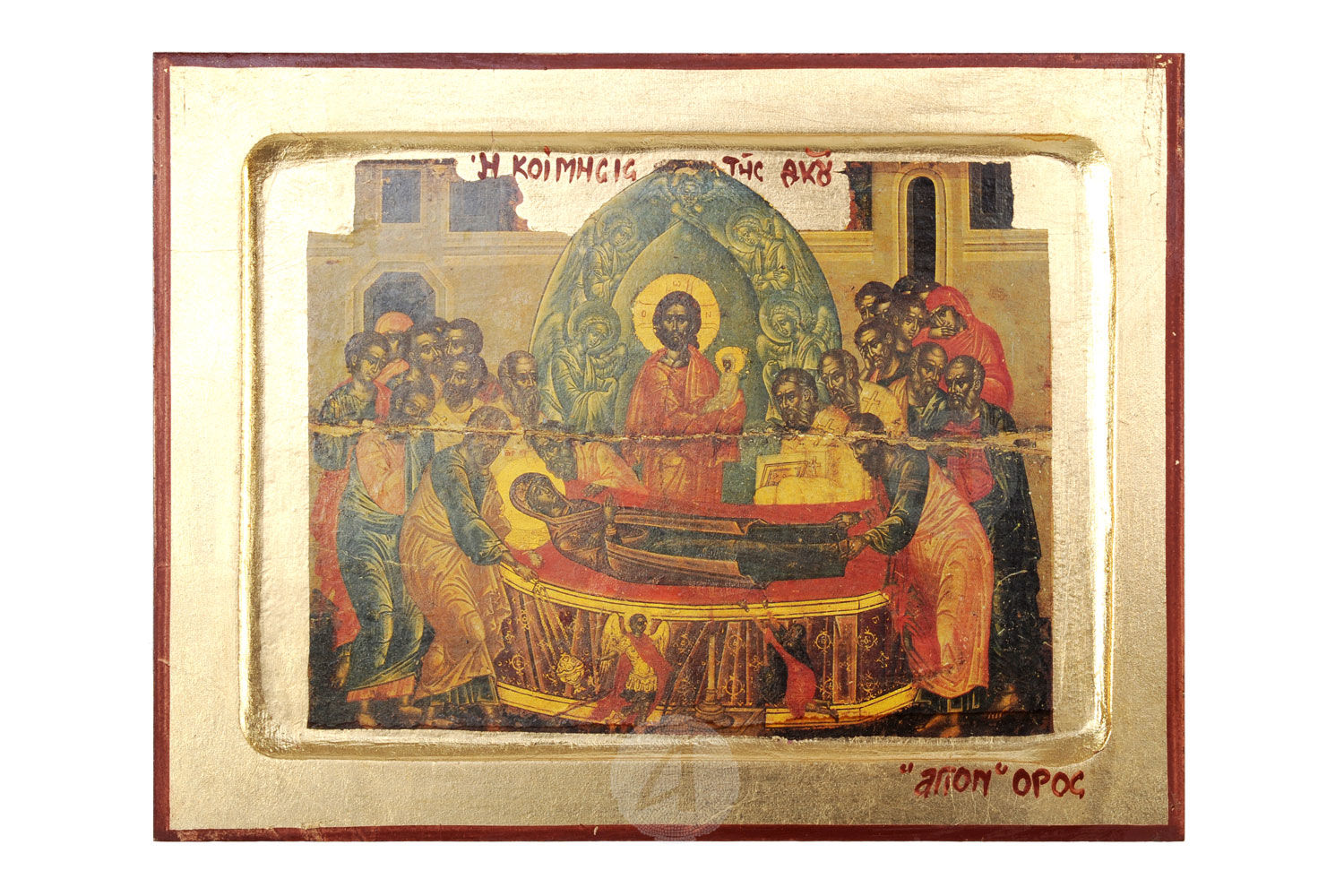 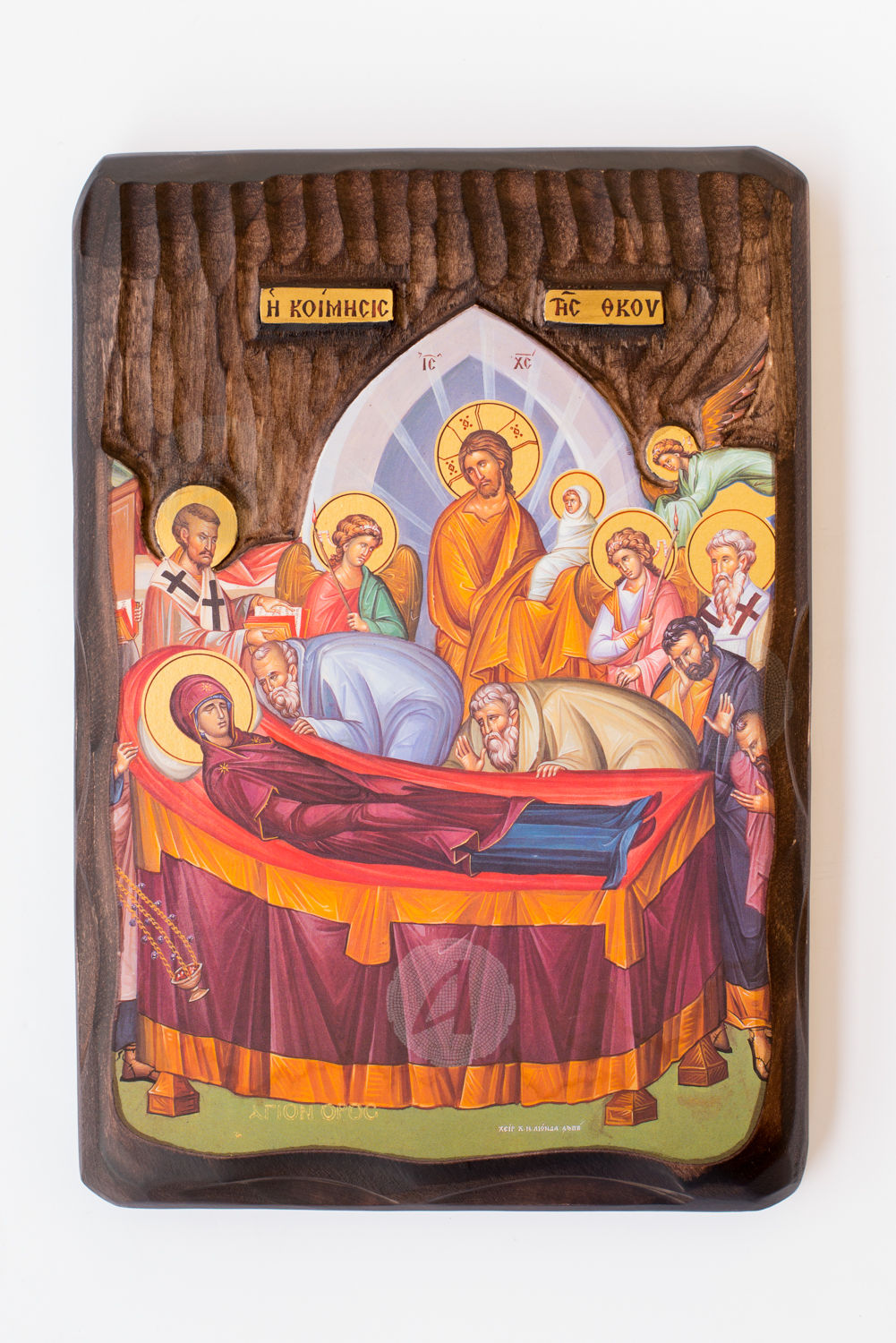