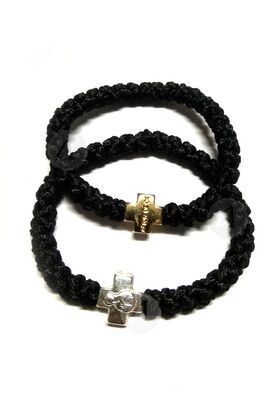 Orthodox prayer rope (chotki) from silky thread with 33 knots and a metallic cross in gold or silver colour.