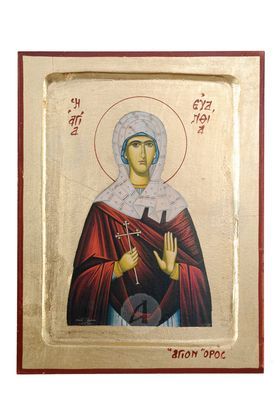 Saint Evanthea was a witness of the Orthodox Christian Church together with her son Demetrianos and her husband Demetrios. According to one version, the Saint, together with her family, died during an earthquake in the city of Skipsi in Asia Minor. However, according to the version of the centurion Cornelius, Evanthea and her son Demetrianos, during the earthquake, were trapped in the ruins of the temple that they had gone to pray. Cornelius managed to save the Saint and her son, so Demetrius, who was originally a persecutor of Christians, embraced the Christian faith.

The Orthodox Church commemorates the Saint on September 11th of each year.