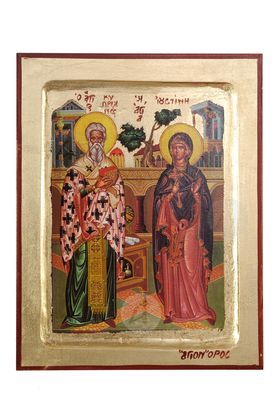 Lithography (icon) of Saints Cyprian and Justina with real gold leaf in MDF.

Saint Cyprian lived in the 3rd century AD. and came from a wealthy Carthaginian family. As a pagan he was a famous magician of his time and according to some biographers he communicated with Satan. Saint Justina came from Antioch and was originally a pagan. But when she heard about Christ from a deacon, she believed in Him and was baptized a Christian. A young man named Aglaidas fell madly in love with her, but she rejected him because she wanted to dedicate her life to Jesus Christ. Aglaidas then turned to Cyprian, in order to make Justina his own with the power of evil spirits. As soon as Cyprian realized that his spells were powerless in front of the Saint, he burned the pagan books and was baptized a Christian. Later the people elected him Bishop of Carthage. From the position of Bishop he showed apostolic zeal and ordained Justina a deacon and abbess.

When persecutions against Christians began by King Decius, the Saints were led before him and confessed their faith in Christ. As a result, they tortured horrifically and was beheaded. Part of the skull of Saint Cyprian is located in the homonymous Church of Menikos in Nicosia. The skull of Saint Justina is located in the Monastery of Panachrantos in Andros. The Church celebrates their memory on October 2 of each year.

Apolytikion of Saints Cyprian and Justina

As a sharer of the ways and a successor to the throne of the Apostles, O inspired of God, thou foundest discipline to be a means of ascent to divine vision. Wherefore, having rightly divided the word of truth, thou didst also contest for the Faith even unto blood, O Hieromartyr Cyprian. Intercede with Christ our God that our souls be saved. 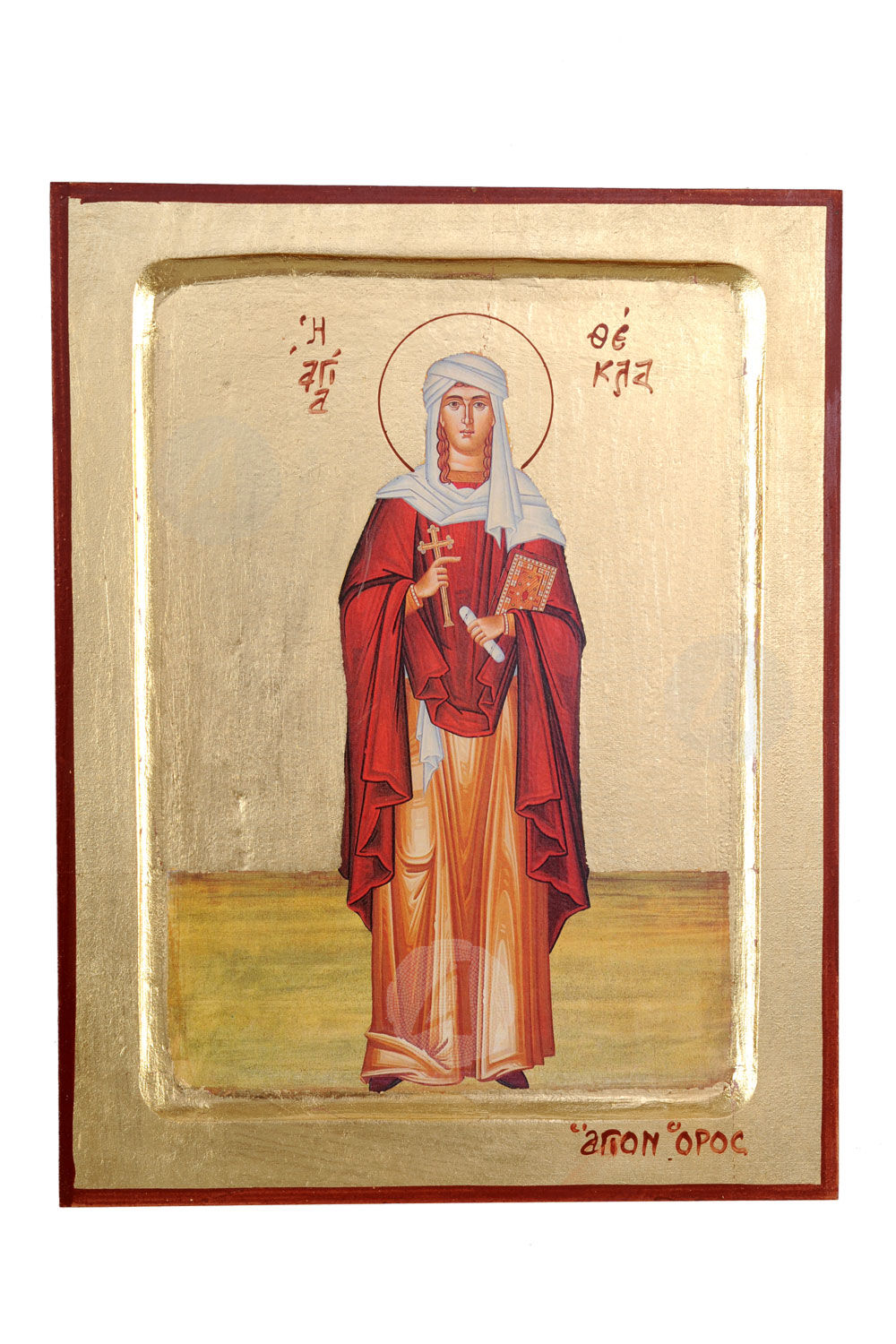 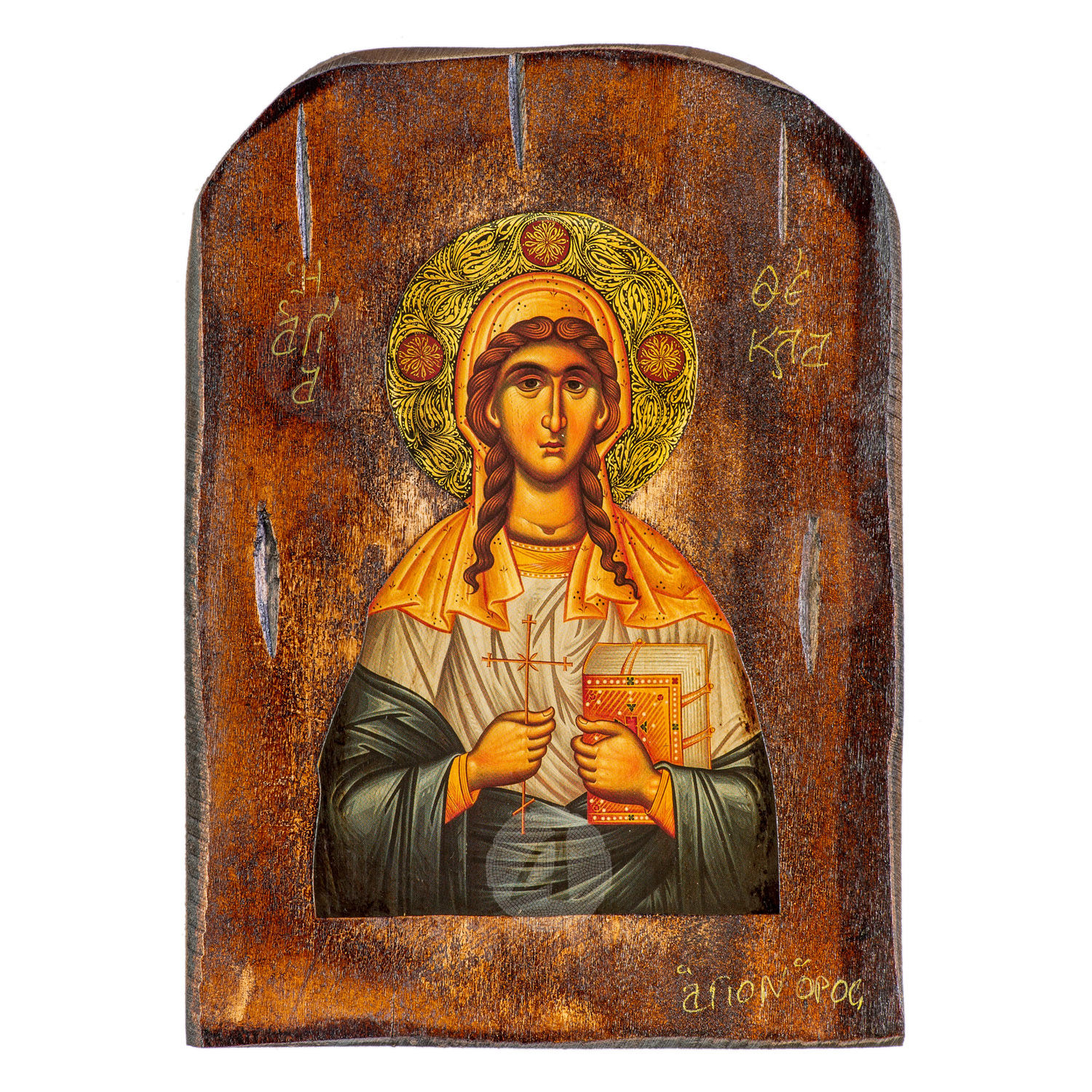