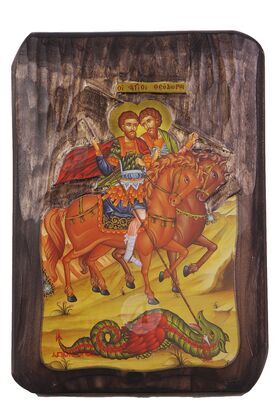 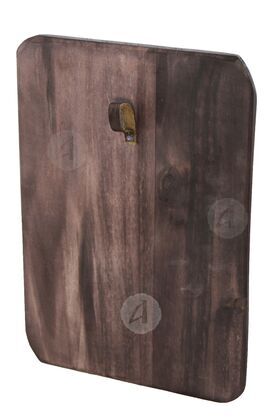 Saint Theodore of Tyre was a great martyr of the Christian Church, originally from Amasia of Pontus. He received the name Tyron because he served in the Order of Tyrone of the Roman army. Theodore lived at the time when the emperor Diocletian ordered sacrifices to idols. As a Christian, the Saint refused to take part in the sacrifices and vigorously confessed his faith in Christ.

When Theodore destroyed a wooden idol of the goddess Rhea, he was arrested by the local ruler. The ruler ordered the soldiers to flogg and imprison the Saint without give him food or water. The Saint, however, remained steadfast in his faith, as a result of which he suffered horrible tortures. Eventually, he died as a martyr in a furnace. The Orthodox Christian Church celebrates his memory on February 17 of each year.

Saint Theodore the Stratelates lived around 320 AD and came from the Euchaites of Asia Minor. He had many talents and as a soldier he soon rose to high positions. The emperor Licinius appointed him General of Heraklion of Pontus and Theodore took advantage of his high position to spread the Christian faith. Licinius was informed of his action and in a meeting they had in Heraklion urged him to sacrifice to idols.

Theodore took the statues, broke them and shared them to the poor. This act angered the emperor who ordered his arrest. The Saint confessed his faith in Christ and he was imprisoned and tortured mercilessly. Eventually, he was beheaded and his body was buried in Euchaita. The Orthodox Christian Church commemorates him on February 8 of each year.

Apolytikion of Saint Theodore the Stratelates and Great Martyr

In truth enlisted with the King of the Heavens, thou didst become for Him a noble commander, O trophy-bearer and Great Martyr Theodore. With the weaponry of faith didst thou arm thyself wisely and didst utterly destroy all the hordes of the demons, as a triumphant athlete of the Lord; wherefore we ever do faithfully call thee blest.

Apolytikion of Saint Theodore the Tyro

Great are the achievements of faith! In the fountain of flame, as by the water of rest, the holy Martyr Theodore rejoiced; for having been made a whole-burnt offering in the fire, he was offered as sweet bread unto the Trinity. By his prayers, O Christ God, save our souls.